LNG is making lasting changes in the shipping industry

The new regulations set out by the IMO (International Maritime Organization) stipulate that the sulphur oxide emissions generated by ships need to be reduced by 85%. As a result, shipping companies must get on board and implement the switch to more environmentally friendly fuels on their ships. Many are considering the use of LNG as a fuel. This produces hardly any sulphur oxide emissions or soot, as well as significantly reducing nitrogen oxide emissions. Often, a gas supply system (FGSS) is used to retrofit existing ships powered by heavy fuel oil or to construct new ships with LNG drives. Read more about current developments on the journey towards sustainable shipping.

Currently, around 90% of global trade is conducted by sea. Around one third of the world's ports of origin and destination for ship transport are located in the EU. The North Sea and Baltic Sea are among the most frequently and densely travelled sea areas in the world. Most ships travel near to the coast. A large proportion of these ships are powered by heavy fuel oil – leftover oil from refineries. The combustion of heavy fuel oil as a fuel creates carbon dioxide, a greenhouse gas that is harmful to the environment.

Approximately 55% of carbon dioxide emissions can be traced back to container ships, cargo ships and tankers. Compared to fuels used on land, however, these fuels contain significantly more sulphur and other harmful substances, such as heavy metals. As a result, the exhaust gases emitted by ships pollute the air in port cities and coastal areas, in particular in the form of sulphur oxide (SOx), nitrogen oxide (NOx), soot and fine dust. These toxic air pollutants can be harmful to people's health, the climate and the environment. For instance, soot (black carbon) and nitrogen oxide are the most powerful drivers of climate change, alongside carbon dioxide.

In accordance with the new regulations set out by the IMO 2020, the sulphur oxide emissions generated by seagoing vessels must be reduced by 85% from 1st January 2020. This applies to all fuels used at sea around the world. In future, the sulphur content of these fuels must be a maximum of 0.5%, compared to the previous maximum of 3.5%. The IMO 2020 is therefore an important step towards achieving a better environmental balance in the industry. 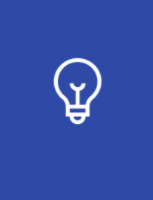 In the future, a variety of more environmentally friendly means of transport will be available – either the continued use of heavy fuel oils in combination with a special emission purification system (scrubber), or a transition to alternative fuels such as liquefied natural gas (LNG), very low sulphur fuel (VLSF) or marine diesel oil (MDO). These fuels are more affordable and easier to use from a technical perspective. As a result, shipping companies must get on board and implement the switch to more environmentally friendly fuels on their ships.

Many are considering the use of LNG as a fuel. This produces hardly any sulphur oxide emissions or soot, as well as significantly reducing nitrogen oxide emissions. If the production of fossil fuels and the accidental emission of methane in the supply chain can be regulated accordingly, the use of LNG can also contribute slightly to achieving a better greenhouse gas balance.

When compared to the total size of the world's trading fleet, the number of ships fuelled by LNG is still low. In 2018, 125 LNG-powered deep-sea vessels and 230 LNG carriers (LNGCs) were in operation. One significant challenge involved in the use of LNG as a fuel for ships is its energy density relative to its volume, compared to conventional heavy fuel oil. As a result, the tanks required for the LNG take up more space on board the ships. As a consequence, the usable loading capacity of the ship is significantly reduced. Norway is a pioneer, driving the global use of LNG-powered ships. 61 ships are in operation there, which amounts to half the world's fleet.

Since 2018, the cruise sector has represented another growing market for LNG-powered ships. By 2024, around 23 of the world's 270 cruise ships will be fuelled by LNG. The reason for this high demand is the need for the exhaust gases emitted by the ships to comply with current exhaust standards. Cruise ship destination areas are also putting pressure on cruise ship operators to reduce emissions and protect the health of the local residents. In addition, many holidaymakers now value the knowledge that environmental protection is taken into account during their trip. Shipping companies are taking an interest in their customers' wishes and ordering drive systems with LNG for new cruise ships. One example is Carnival's AIDAnova, which commenced operations in 2018 and has been powered by LNG ever since. Carnival's second LNG-fuelled cruise ship, the Costa Smeralda, was put into service in 2019.

Counting all kinds of LNG-powered ships together, a total of over 1300 ships are expected by 2025. There are also some examples of shipping companies taking the initiative to convert their fleets to LNG.

FGSS – new technology on board

A gas supply system (FGSS) is used to retrofit existing ships powered by heavy fuel oil or to construct new ships with LNG drives. The gas supply system is used to supply fuel to the motor in the LNG drive. This system needed to be redeveloped for the introduction of LNG as a fuel, which posed a significant challenge for engineers. The FGSS components include:

As the FGSS is considered to be a hazardous area due to the high volatility and ignitability of the gases it conveys, all electric components must be explosion-protected. A distributed control system (DCS) is used in order to monitor and control all areas of the drive system. The measured values from the individual FGSS components are transmitted to the DCS via a Remote I/O system. Thanks to R. STAHL's many years of expertise regarding LNG tankers, the company's Remote I/O system can also easily be used for the FGSS.

The requirements of the system are not insignificant. As well as being approved for hazardous areas and use on ships, the system must also be capable of withstanding extreme temperature ranges and vibrations common on ships. For installation in special enclosures made of stainless steel, for instance, it must also be ensured that the cabinet doors are not too large, to prevent them from reaching too far into the narrow corridors on ships. There are many details to consider. This does not apply to the Remote I/O system, but to all electric components, from light fittings, terminal boxes and HMI systems to alarm displays, sensors, actuators and network components.

It is exciting to be part of the solution on the journey towards the use of sustainable fuels in the shipping industry.

However, the work is paying off – it is changing the face of shipping for the long term. The goal remains to reduce emissions and decrease carbon dioxide emissions, in order to ensure that the world's goods can continue to flow unimpeded around the globe in the future. LNG is a bridge technology on our way to carbon neutrality. Additional green fuels are already approaching the starting line, such as hydrogen and ammonia. The systems currently developed for LNG will then also be suitable for use with the fuels of the future, with some adaptations.

For the best possible management of your system data, dual monitors are the recommended option. Why? Read this article to find out.

Digital twins are the future

Is the digital twin the answer to increasing digitalisation and networking in industry? And how can you benefit?

Industrial lighting within the context of environmental protection

When planning and installing lighting systems for industrial plants, ever more emphasis is being placed on considering the ecological aspects, which is a good reason to get to grips with this topic in more detail.

To the blog homepage